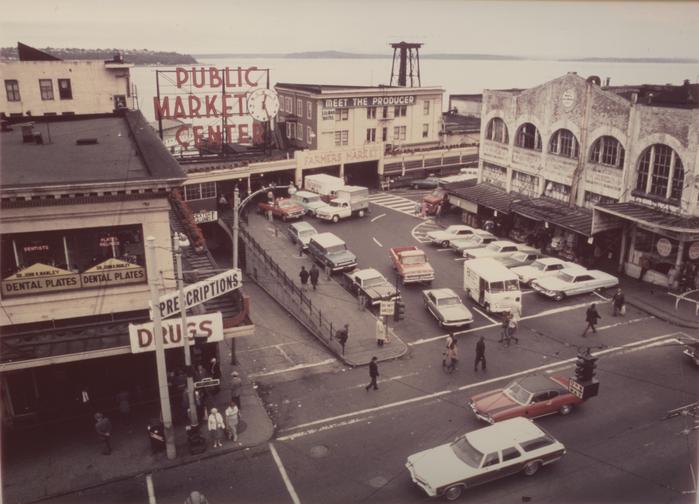 Charlie Farrington contacted Dr. Tarone in 2017 to see if she'd be interested in including these recordings on ORAAL for future researchers. She sent the tapes to North Carolina State University and they were digitized by Linguistics Lab staff in late 2017. In her dissertation, Dr. Tarone provides transcriptions of each of the recordings. Because of the number of speakers in the recordings, we will briefly describe the subjects from Dr. Tarone's (1972) dissertation. All names mentioned below were changed to protect their privacy. Although Dr. Tarone was the primary investigator and was well known to participants, she did not participate in any of the sessions. Ms. Eve Wilson, a Black female from the area,was the "discussion instigator".

"The first group of subjects was a group of adolescents (aged 16 to 20 years) who live in a predominately Black area of Seattle, and who participate in street culture in that area. [...] In the recording sessions at the Black community center, there were four males and three females participating in the discussion. All were Black, and all were speakers of Black English. Additionally, Charles Waterford, the director of the center, participated in some of these discussions, using vernacular Black English as well."

"The second group of subjects was a group of young people aged 16 to 24 years, who live in a predominately White area of Seattle, and who participate in the adolescent street culture of that area. [...] In the recording sessions at the alternative school, there were four males and four females participating in the discussion. All of the transcribed utterances were of White speakers; although Black speakers were present and took part in the discussion, their utterances were considered to be influenced by Black English features and so were not included among the data to be analyzed."

"In order to complete the second part of the study, Charles Waterford was interviewed in a relatively formal and stilted situation, in order to obtain a sample of his formal speaking style. Mr. Waterford is thirty years old, he was born in an Eastern inner city and participated fully in the street culture there. Since that time, he has been in the Navy and worked in a variety of white collar jobs. At present, he directs the community center in a Black area of Seattle. His job requres an ability to "code-switch" in communicating both with adolescents in the Black street culture, and with adults in teh White middle-class community and in the Seattle City Hall who support the center in various ways."

The follow table was prepared by Chloe Tacata and Charlie Farrington to provide users with detailed notes about the recordings. When the files are ready for download, we will provide more information in the CORAAL User Guide.