While much of the work on AAL for educators is geared towards primary and secondary education, on this page we focus on materials for the study of AAL and other non-mainstream varieties in the college classroom. Like our Resources for K-12 Educators page, we include links to videos, other websites, and books that might be off interest. To learn more about AAL more generally, visit Learn More about AAL and our AAL Facts page! 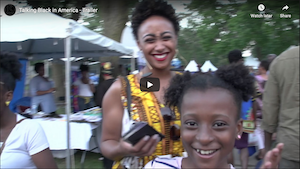 "The creativity and resilience of people living through oppression, segregation and the fight for equality, and the powerful identity forged by a shared heritage are all expressed in the ways African Americans communicate. TALKING BLACK in AMERICA chronicles the incredible impact of African American English on American language and culture. Filmed across the United States, this documentary is a revelation of language as legacy, identity and triumph over adversity." (from The Language and Life Project) 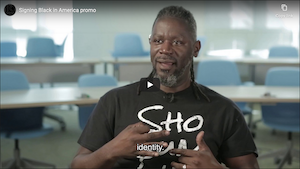 "Black ASL is the unique dialect of American Sign Language (ASL) that developed within historically segregated African American Deaf communities. Largely unknown to outsiders, Black ASL has become a symbol of solidarity and a vital part of identity within the Black Deaf community. Different uses of space, hand use, directional movement, and facial expression are some of the ways it sets itself apart from other varieties of ASL. With the perspectives of Black signers, Sign Language interpreters, and the scholars who have worked to uncover it, SIGNING BLACK in AMERICA explores the history and development of this unique and expressive variety of visual communication." (from The Language and Life Project) 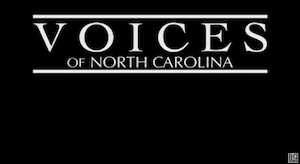 "One State, Many Voices – From the furthest reaches of the Outer Banks to the heights of the Southern Appalachian Highlands, an incredible diversity of people call North Carolina home. Cherokee and Lumbee Indians, African Americans, and first language Spanish-speakers all contribute their voices in this rich portrait of language and identity." (from The Language and Life Project). The clip, African Americans in North Carolina, is available as a standalone clip here. 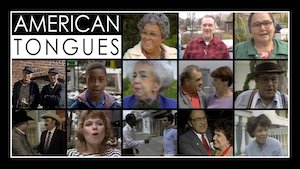 American Tongues is a 1988 sociolinguistic documentary that examines American English dialects and perceptions. While the documentary is over 30 years old, it is still regularly used in colleges, universities and other training settings. It is available to stream on Kanopy,

For more clips and excerpts, visit our Learn More page!

Curricula and Materials for AAL

Do You Speak American? For Educators - Do You Speak American? was a 2005 documentary series produced by PBS. On their companion website, there is plenty of information for educators, focused mainly on high school and college levels (available here), including specific curricula for the study of African American English in the classroom.

At North Carolina State University, the Language Diversity Ambassadors, a graduate student run outreach group, promotes awareness about linguistic diversity and linguistic discrimination on NC State's campus as well as society at large. They are in the process making several resources available on their website. Research by Stephany Dunston and colleagues (The Importance of Graduate Student Engagement in a Campus Language Diversity Initiative, Journal of English Linguistics, Vol. 46(3):215-228) suggests that student involvement in such initiatives is critical to reach diverse audiences, both on campus and in the community, but this engagement also teaches them the importance of engagement and being able to communicate research to a wider audience.

The Sociolinguistic Artifacts website was developed by Kara Becker at Reed College as a way to collect and curate sociolinguistically relevant media content. The website is frequently updated with contributions by students and other users. Each artifact submission comes with a description of the content and several tags to make searching easier. The screenshot below is the front page for artifacts tagged with African American English (also available here)